41. Session of the UNESCO World Heritage Committee in Cracow 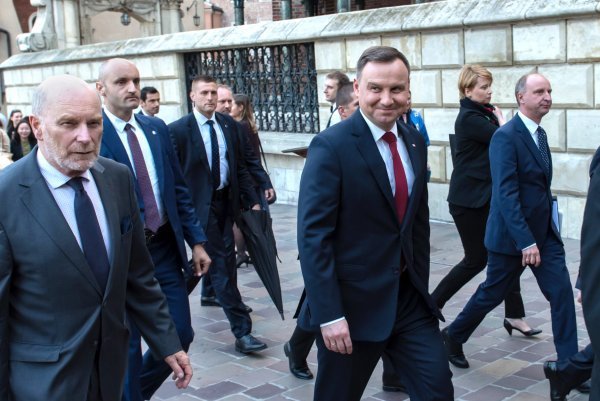 Following the NATO Summit in 2016, the 41. Session of The UNESCO World Heritage Committee is another catering project at the highest diplomatic level, which was executed my Mazurkas Catering 360. The 41. Session of the UNESCO World Heritage Commitee took place within the period 2-12 July 2017 in Cracow. During the opening Gala at the Wawel Castle the guest of honour were, among others, the President of Poland Mr Andrzej Duda, the UNESCO General Direcots Ms. Irina Bokova and the Deputy Prime Minister and Minister of Culture and National Heritage Mr Piotr Gliński.

The whole organisation of the 41. session of the UNESCO was supervised by the Berm Agency. The Mazurkas Catering 360 Team prepared the GALA COCTAIL DINNER during the opening of the 41. Session of the UNESCO World Heritage Committee which took place at the Wawel Castle. In the opening ceremony participated: the President of Poland Mr Andrzej Duda, the UNESCO General Director Ms. Irina Bokova, the Deputy Prime Minister and Minister of Culture and National Heritage Mr Piotr Gliński and 900 delegates from 21 member states and from over 100 other states - signatories of the convention on the protection of world cultural heritage. Taking into consideration the prestige of the event as well as the prominence of the guests, the dinner was prepared and served in compliance with all of the rules of diplomatic protocol. Menu, composed by the Chef Mariusz Pietrzak and the Creative Chef Jakub Budnik, was based on traditional Polish cuisine, with additional touch of fusion. The guests were impressed by such courses as: sirloin with bison grass on the red wine and blackcurrant souce, trout rolled with young beet leaves in wine-lemon sauce served on skewers or goose with hazelnuts aromatised with Jarzębiak vodka and served with red wine jelly.

On the second day of the 41 Session of the UNESCO World Heritage Committee, Mazurkas Catering 360 provided CATERING SERVICE DURING THE EVENING MEETING IN SUKIENNICE. For 150 guests, including but not limited to the Deputy Prime Minister and Minister of Culture and National Heritage Mr Piotr Gliński, the company prepared 3-course served gala dinner, also with the compliance to the rules of the diplomatic protocol. The ceremonies in such extraordinary historic places as the Wawel Royal Castle and Sukiennice were an excellent opportunity to present the distinguished guests from all over the world the Polish art of cooking executed by the Chefs of Mazurkas Catering 360.

Apart from the catering service during the evening meetings at the Wawel Castle and in Sukiennice, Mazurkas Catering 360 provided also WHOLE DAY COMPLEX CATERING SERVICE FOR 150 PERSONS DURING 3 PLENARY MEETINGS IN THE MUSEUM OF CRACOW. Also for the closing ceremony of the 41. session, which will take place on July, 11, Mazurkas Catering 360 will prepare GALA COCTAIL IN THE MUSEUM OF MUNICIPAL ENGINEERING IN CRACOW.

– It is a great honour for us that once more we were able to render our services during such a prestigious event – says Michał Kozak, General Manager of Mazurkas Catering 360°. – We are happy that during such an important for culture and heritage meeting, we were able to promote Polish cuisine. Following the last year's NATO Summit, during which we were exclusively responsible for the catering service at PGE Narodowy, the UNESCO Session is the next important and prestigious project ath the highest diplomatic level – adds Michał Kozak.