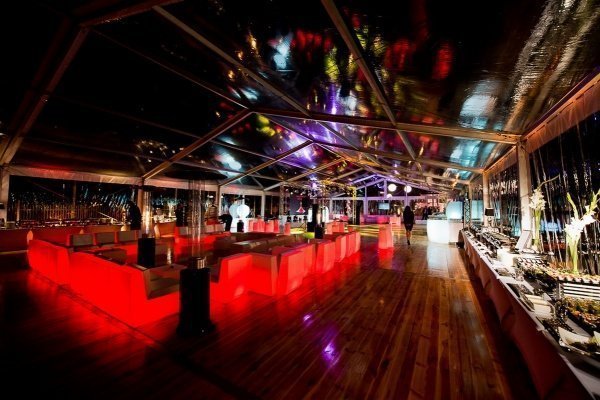 Mazurkas Catering 360° team took care of the catering service during the after party which followed the final episode of TVN show "Building the Dream" (Polish title: "Dom Marzeń"). Event took place in Stara Wieś, where the main reward, i. e. house of over 300 m2, is located.

Buffet menu prepared by the Mazurkas Catering 360° chefs was served in a special tent of the area of over 500 m2, which was constructed near the house. Original fingerfoods and molecular drinks were part of the welcome. Light and extraordinary form of catering as well as courageous taste combinations of drinks, specially chosen buffet decorations and design of the chillout area perfectly suited the modern character of the event. During the evening, Mazurkas Catering 360° served cateirng for 400 persons. Organization of the event: Blue Angels.