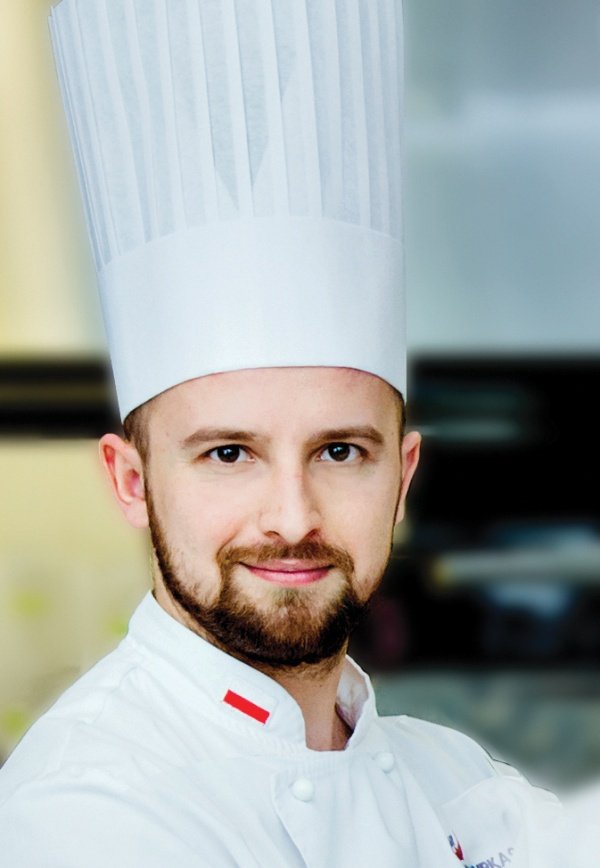 His cooperation with MCC Mazurkas Conference Centre & Hotel started in September 2015. A few months later Jakub Budnik became one of its four Sous Chefs. As of 01.05.2016, as a Creative Chef, the 27 years old Jakub is responsible for creation of original dishes and unusual flavour combinations.

The culinary adventure of Jakub Budnik started in Le Regina hotel in Warsaw, where he pursued his first traineeship. The professional career he started in Centrum Wina Wine Bar under the auspices of Joseph Seeletso. Prior to becoming the chef, he travelled to France to get professional experience from Daniel Hebet in Le Jardin du Quai restaurant. Later on he worked at Smaki Warszawy restaurant. Jakub Budnik won also the first prize in Polish competition on goose meat. As the winner he once more visited France in order to pursue a traineeship in Tours, working with such recognised chefs as Bernard Charret and Julien Perrodin. This experience allowed Jakub to deepen his culinary knowledge and awareness within the scope of new trends. The last culinary challenge of Jakub Budnik, prior to his work in Mazurkas Catering 360° was becoming the Chef at Hoża by Mondovino restaurant – the place which was awarded by Gault & Millau restaurant guide with two toques.