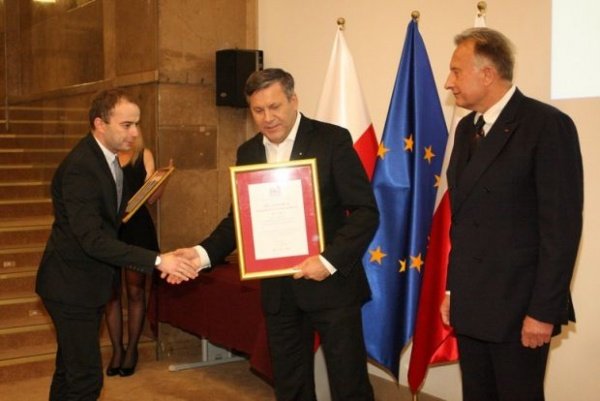 Once again, MCC Mazurkas Conference Centre & Hotel was among the winners of the Polish Economy Ambassador competition in the Foreign Companies’ Partner category for catering services provided under the Mazurkas Catering 360° brand.

The competition is organised by the BCC under the Honorary Patronage of the Minister of Economy. The Polish Economy Ambassador competition is a Poland-wide, non-commercial project whose tasks include recognition and promotion of entrepreneurs successful in international markets, promoting high economic and financial standards and good business practices in contacts with foreign entities, as well as strengthening collaboration between enterprises and representatives of Polish institutions responsible for the promotion of Poland, of the Polish economy, culture and social initiatives, involving among other things networking and information sharing. Together with MCC Mazurkas Conference Centre & Hotel, the winners in the Foreign Companies’ Partner category included: Telewizja Polska, Tobacco Trading International Poland Sp. z o.o., Dora Metal Sp. z o.o., Argo SA.